As many people start to experience hair loss as they grow older, it becomes a very pressing concern for their self-image. Male hair loss, also referred to as male pattern baldness, is known as the most common type of hair loss in male patients. While many over-the-counter and prescription treatments for hair loss are available to the public, one drug has been the subject of controversy with reports linking it to cases of depression, suicidal ideation and other mental health issues. This drug is also one of the most popular treatments for hair loss.

The Concern about Finasteride 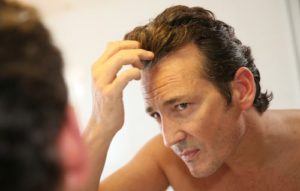 The drug in question is finasteride (AKA Propecia). An investigation was performed that showed drug manufacturer Merck knew of reports of suicidal behavior experienced by users of the drug. When it came time to update the label for the drug in 2011, they failed to include this information on the label. The U.S. Food and Drug Administration (FDA) received over 700 reports of suicidal thoughts and deaths from those using Propecia or off-brand versions of the drug. Within that number, there were at least 100 reported deaths. Additional information has shown that, in the first 14 years of Propecia sales, 34 reports were received by the FDA that included 10 deaths. In 2009, Merck received 200 reports of depression among its male users.

Another study has shown that reports of anxiety, depression and suicidal thoughts (among men 45 or younger using this drug) have increased significantly in the years since 2012. This information was pulled from a World Health Organization (WHO) database of drug safety reports compiling information from more than 150 nations. According to Merck, “The scientific evidence does not support a causal link between Propecia and suicide or suicidal ideation and these terms should not be included in the labeling,” The company went on to say, “Merck works continuously with regulators to ensure that potential safety signals are carefully analyzed and, if appropriate, included in the label for Propecia,” 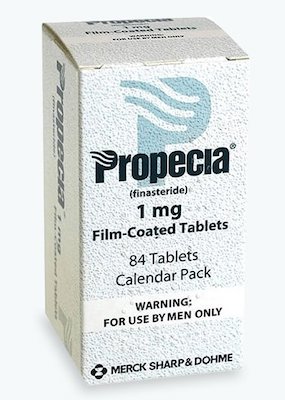 The FDA followed with its own statement saying that it “continues to monitor postmarketing safety data for Propecia.” The agency added that these kinds of reports do not “mean the drug caused the adverse event” and that related medical problems can be due to the “underlying disease being treated, caused by some other drug being taken concurrently, or occurred for other reasons.”

With Propecia being a commonly used medication, there are some concerns with the effects of the drug on the public. “Patients should keep in mind that Propecia, or finasteride, is a very effective medication for most patients with male pattern hair loss, androgenetic alopecia, and that most people will feel better taking it because it is helping their hair loss,” says Dr. Carolyn Goh, associate clinical professor of dermatology at the David Geffen School of Medicine at UCLA. Goh went on to state that people considering this medication “should be aware of their mood while taking it” and find “alternatives if they have a history of depression or other mental health problems.”

New York City-based dermatologist Dr. Barney Kenet echoed Dr. Goh’s thoughts and noted that if someone has unknown pre-existing conditions, “it would be of concern that Propecia would unmask or exacerbate some mental health conditions symptoms.” “There is also a low incidence of sexual side effects — low libido and erectile dysfunction — and for those reasons, it’s important that they have a good working relationship with their doctor.”

With negative stories out about the drug, companies on social media still regularly promote the medication to consumers. Dr. Goh states that finasteride is “generally a safe and effective drug. Direct-to-consumer companies have the benefit of making effective drugs more widely available, which is great, but perhaps discretion is advisable in this situation.” Both Dr. Goh and Dr. Kenet feel that anyone who is considering the regular use of the drug to treat their hair loss should wait until they perform some research as well as consult with a doctor and/or a medical team.

Dr. Goh suggests the use of topical minoxidil, which is an FDA-approved treatment for baldness that can be used as an alternative to finasteride. “Low dose oral minoxidil can be prescribed and may be a reasonable alternative. Topical finasterides can also be specially compounded and prescribed.”

There are studies discussed in a 2018 review that show there “may be some benefit and safety” in using topical finasteride. Dr. Goh did caution that “the studies are not rigorous and there is no commercially available formulation of it to know if it would be consistently helpful. The laser comb, band, or cap — low-level laser therapy — is another option but tends to work less effectively. Platelet-rich plasma therapy with or without microneedling are other options as well.” Dr. Kenet also recommended the use of minoxidil only under the care of a doctor. Dr. Kenet added, “There are weaves, toupees and hair transplantation that are non-pharmaceutical” as possible hair loss treatment options.